I’ll write about Department of Biotechnology, Division of Applied Science, School of Engineering, Osaka University. I studied there when I was an undergraduate. Topics are from Japanese sake to Opdivo which is one of the Biopharmaceuticals to treat cancer. In 2018, Dr. Tasuku Honjo won the Nobel Prize in Physiology or Medicine for his research of PD-1. Opdivo is an anti-PD-1 antibody drug and our department has a relation to the drug. 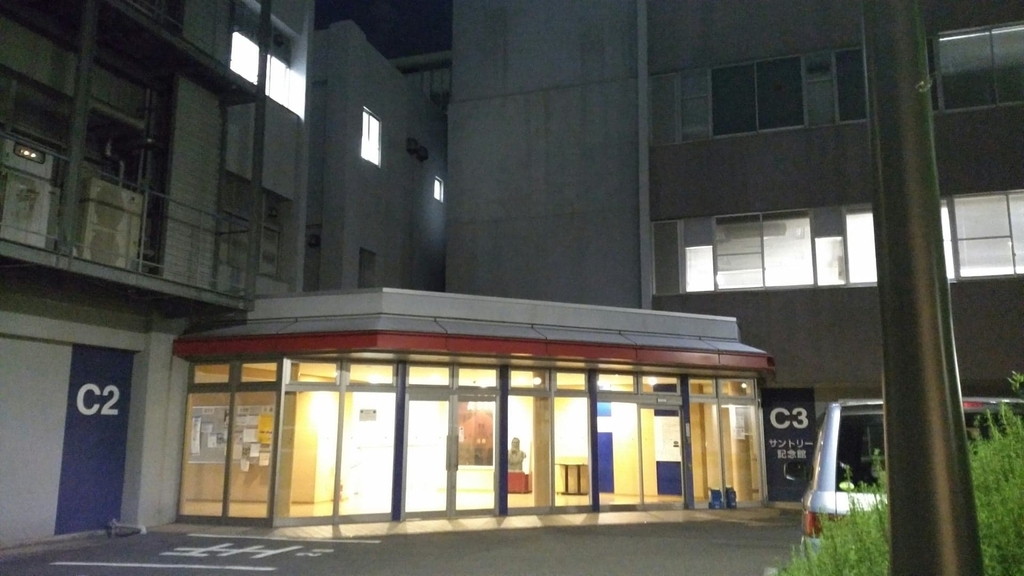 In November, our department reunion was held and I was invited to the reunion because I won prizes when I graduated from Osaka University. Our laboratory recruit students from the department and we do research in the same field as Biotechnology but we belong to IST, Graduate School of Information Science and Technology.

I’ll choose a different paths from them. I’m sure I won’t come back here...

At least, before leaving here, I thought I wanted to write about it. So I’m writing about the place where I was. This article might be biased because it’s based on what I’ve seen and heard. (I think that someone’s blog is a collection of prejudices. It’s what it is. Perhaps it’s also one of my biased views?)

Our biotechnology has been integrated with chemical engineering. In short, it has been researching how to inexpensively make a product which are of high quality in a large amount by using microorganisms.

What is a product produced by microorganism?

The origin of our department is a course of brewing at Osaka Technology School established in 1896. It was required to research about brewing by Sake breweries in Nada, Hyogo prefecture. Nada is really famous for Sake.

Sake had been made by brewers who had years of experience and talent but the experience and the talent was not perfect. For instance, if they had a poor Sake, they would identify the cause: it was too hot for brewing. But it isn’t the cause exactly. Temperature is just correlated with the quality. It was hard for them to find out the real cause: chemical reactions in microorganisms doesn’t go well because of the high temperature so that the quality is poor.

They needed to change to this situation.

The course of brewing was established to study how organisms turned rice into sake and to inexpensively produce more delicious sake in a large amount.

Because of the origin, we had a sake class and toured a Sake brewery.

By the way, a main character of Massan which is a television drama released by NHK is Masataka Taketsuru. He was graduate from the predecessor of our department about 100 years ago and founded Japanese first whisky industry: Nikka Whisky Distilling. (I’ve never watched the drama so I can’t write about it anymore... I scarcely ever watch TV after entering the university.)

In addition to sake, there are various kinds of products made by microorganisms, such as miso, soy sauce, cheese, yogurt, and so on. They are called fermented food. Fermentation is defined as a process which changes ingredients (rice, bean, milk, etc.) into beneficial products for human (sake, soy source, cheese, etc.) On the other hand, a prosecco which changes food into something harmful for human is called decay.

I don’t know why the course name was renamed fermentation. But I think that the knowledge gained from sake research was applicable to a wide variety of fields.

In addition to fermented food, there are various kinds of products made by microorganisms, such as bioplastic, bioethanol, and so on.

We don’t need to just focus on products produced by living organisms. We also consider how to inexpensively grow high quality organisms which are products themselves in a large amount. For example, iPS cell, plants, etc. In addition, microorganism can be used to remove pollution from the environment. Our knowledge of biotechnology has been expanded and it’s been applied to much wider variety of fields.

By the way, some lectures are held during our department reunion, I listened to a story about biomining. That is a study to apply microorganisms to extraction of metal from ore. In addition it also try to remove pollution caused by mining. I didn’t know biomining...

(I’ve read a passage in IELTS (English proficiency test) practice book. The topic is heap leaching which is a very harmful method to extract gold from ore. I expect bio heap leaching to become an eco-friendly alternative mining method.)

I started with sake and I’ll write about pharmaceutical, especially Opdivo. Dr. Shiro Shibayama, one of researchers who play an important role developing it, graduated from our department.

When I was a third year undergraduate student, a symposium regarding biopharmaceutical was held to celebrate the 120th year anniversary of our department. I attended the symposium to listen to his lecture. I was glad to know not only Opdivo but also stories behind the development.

In those day, immunotherapy was likely to be regarded as something like pseudoscience. In addition, they started to develop Opdivo at the company which had a policy not to develop an anticancer drag. But finally, they had overcome adverse conditions to succeed in the development.

Immune system defends our body against something harmful. Cancer cells are also harmful so the system removes them from the body. But some of them are cunning. They send a signal to PD-1 which is a membrane protein of T cell not to attack them. If T cell receives the signal, it stop attacking cancer cells. Opdivo is an antibody against PD-1 to inhibit receiving the signal. When receiving the signal was inhibited by Opdivo, T cell can attack cancer cell. Visiting this website, you can learn how Opdivo works.

Pharmaceutical and Our Department.

Opdivo is an antibody.

Antibody is a protein.

Protein is a string of amino acids.

To produce Opdivo, we have to connect amino acids and fold the string of amino acids exactly. In addition, some proteins including Opdivo, require the decoration with sugar chains to gain function. The structure of the sugar chains are really complicated. It hard for synthesis chemistry to produce it but organisms can do such complicated processes. So antibody drugs are produced by using gene modified organisms. (I’ve heard that Chinese hamster ovary cells (CHO cells) are often used for the production.) Pharmaceutical produced by the organisms is called biopharmaceutical and its market has been growing.

But it is crazy expensive, especially Opdivo. A small vial containing 100 mg of it, costed about seven thousand dollars in Japan. (I calculated 100 yen was one dollar) Now the cost is cheaper than in the past but it’s still expensive.

It costs money to cultivate the cells. In comparison with the other part, only a small amount of the drug is produced even though you modify its genome to improve its expression level of the gene. (Needless to say, the cell are born not to produce a drug.) Finally, the drug is extracted from the culture solution after crushing the cells and this process is very expensive. The culture solution contains only small amount of the drag and a huge amount of components of culture medium and the dead cells. We have to purify the drag from waste thoroughly because it’s injected into a human body.

So biopharmaceutical is crazy expensive.

How do we inexpensively produce a high quality biopharmaceutical using the cells in a large amount?

This is the same story as sake. How do we inexpensively produce delicious sake using microorganisms in a large amount?

Actually, the knowledge and the history of more than 120 years of our department support the production of biopharmaceutical which saves patients’ lives.

I’m really interested in the development of medical field but I won’t engage in the field. I’m sure I won’t find out what I want to do in this department. As I said, I wrote this post because I wanted to write about the place where I was before leaving here.

Though I’ll go to a different direction, I graduated from the department so I wish our department will have many more successful years.