A happy new year!! Thank you for your visiting my blog. I’ll write about last year and this year. I ate udon, thick wheat flour noodle in my hometown. My hometown is famous for udon. 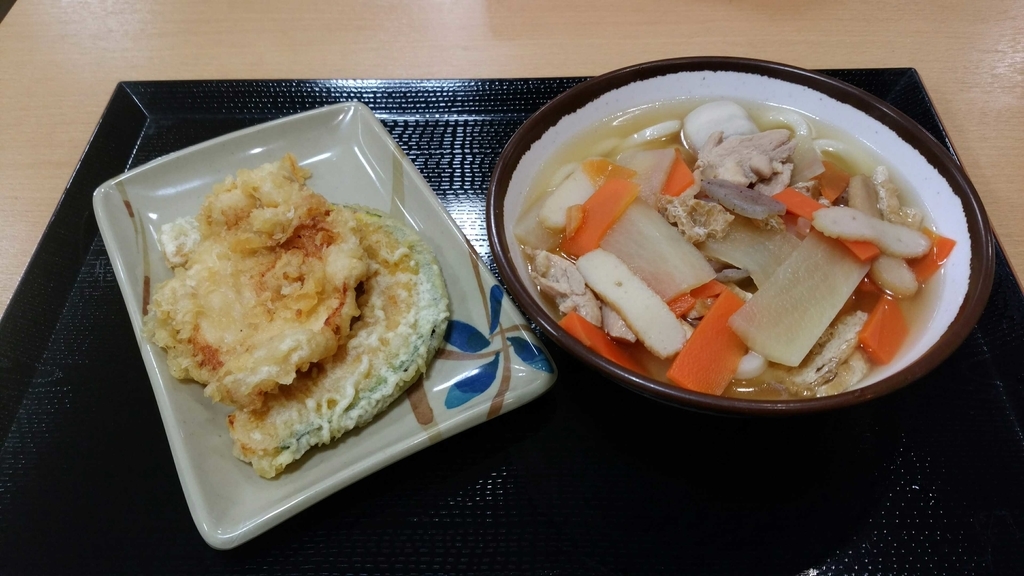 I will write about the last year and this year.

When I was a fourth-year undergraduate, I spent the time doing research or reading physics books at the laboratory. Otherwise, I went to dojo to do club activity. But after entering graduate school, I have opportunities to see various people. I started to go outside and to interact with people. (But I am a person who spends the most time being at the laboratory.)

I was stimulated greatly by students whose major is information. Since I became a graduate student of information science and technology, I had a lot of opportunities to be exposed to something about information. As I mentioned in the previous post, I studied to gain the little but wide knowledge about programming and computer by myself when I was a high school student. I have been interested in information science but I majored in biology when I was an undergraduate. And I lost my motivation to study them while I was swamped with my course work. After entering graduate school, there are classmates who have deep knowledge of programming, network and so on. In addition, I took a lecture about machine learning. They motivated me to study it. It is the same that when I read "How To Become A Hacker" when I was a high school student.

After becoming a graduate student, opportunities to discuss and cooperate, with someone increased. Exactly, I placed myself in the environment because I am not good at or sometimes annoyed by, doing something with others. It has been around one year since I enter graduate school and I realized that I am not good at such things again…. I feel stressed when I talk with not familiar people. This is a problem I need to overcome in 2019.

I made a progress toward applying for a graduate school abroad. I determined my first choice graduate school. I had been scared to change my major from biology to physics. But I’ve gotten over it. These two points where I made a progress in 2018. In addition, a scholarship foundation which helps me go to the university financially encouraged me. I just need to do it.

Though my research doesn’t go well, I’ve written a paper in the middle. I realized how difficult it was to determine what to say or what not to say based on the data, to make a story, and how to lead to a conclusion.

“Applying for a graduate school abroad” and “Proceeding with research”

They are my new year’s resolutions.

English proficiency exam, IELTS. I’ve studied English sluggishly since I was a first-year student. In the latter half of 2018, I began to concentrate on preparing for the test so I work hard to get a target score, 7.0 as soon as possible. In addition to IELTS, I need to take GRE general and physics. I want to finish preparing for the exams as soon as I can too. Of course, it is more important to make sure of where I really want to go than to prepare for the exams. I’ve got to know the direction where I want to go. But it’s not enough. And I lack knowledge of a subject I want to study, physics. Not enough. I have to search widely to have several choices.

Last year, I’ve started to write a paper. But I am halfway through my research. I want to complete my research the research so that I focus not only on preparing for applying but also on the research. Of course, my duty is research but I don’t know which I should concentrate on now. I feel impatient about making an application so that I sometimes sacrifice my research for IELTS. I feel depressed…. I thought there was enough time for research but two years have passed since then. The deadline is approaching little by little.

For some reasons, I’ll go to The University of Tokyo for research when I am a second-year graduate school student from this April.

Suddenly, I got a chance to place myself in an environment will lead to future development of my carrier from the laboratory I belong to now.

“Applying for a graduate school abroad” and “Proceeding with research” at The University of Tokyo.

I feel like 2019 will become an exciting year for me.